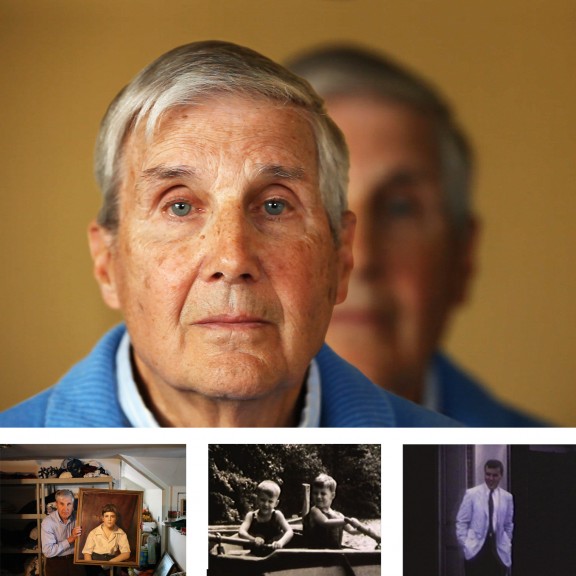 CineCrowd campaign: December 3 to January 2, 2015
Please follow the link {url=http://www.cinecrowd.nl/auld-lang-syne" to view the trailer and find additional information and options to participate.

Auld Lang Syne reveals the relationship between two American brothers who were brought up in the same way, but, due to the strong diversity of their characters, made different choices and faced opposite destinies. The thread of the film lies in the audio recordings of John Lawson (76) that were made in Paris before his death in 2009, and reflect on his turbulent character and addiction to alcohol. By combining these recordings with the video and audio takes of the more steady younger brother Alan (75, recorded in Boston in 2013), their relationship is brought to light in a new cinematic reality.

The film raises questions about family ties, identity and the inevitable confrontations that mark one’s life.
Above all, Auld Lang Syne has become a film full of wonder and beauty. A documentary that forms a surprisingly intimate portrayal of two brothers, separated by self-made circumstance.

The footage for Auld Lang Syne have been shot and the editing is finished. Post-production is about to start, among which the sound design and sound mixage, the colour correction and the promotion materials.

I would very much appreciate your involvement in this last stage of the production of this film.