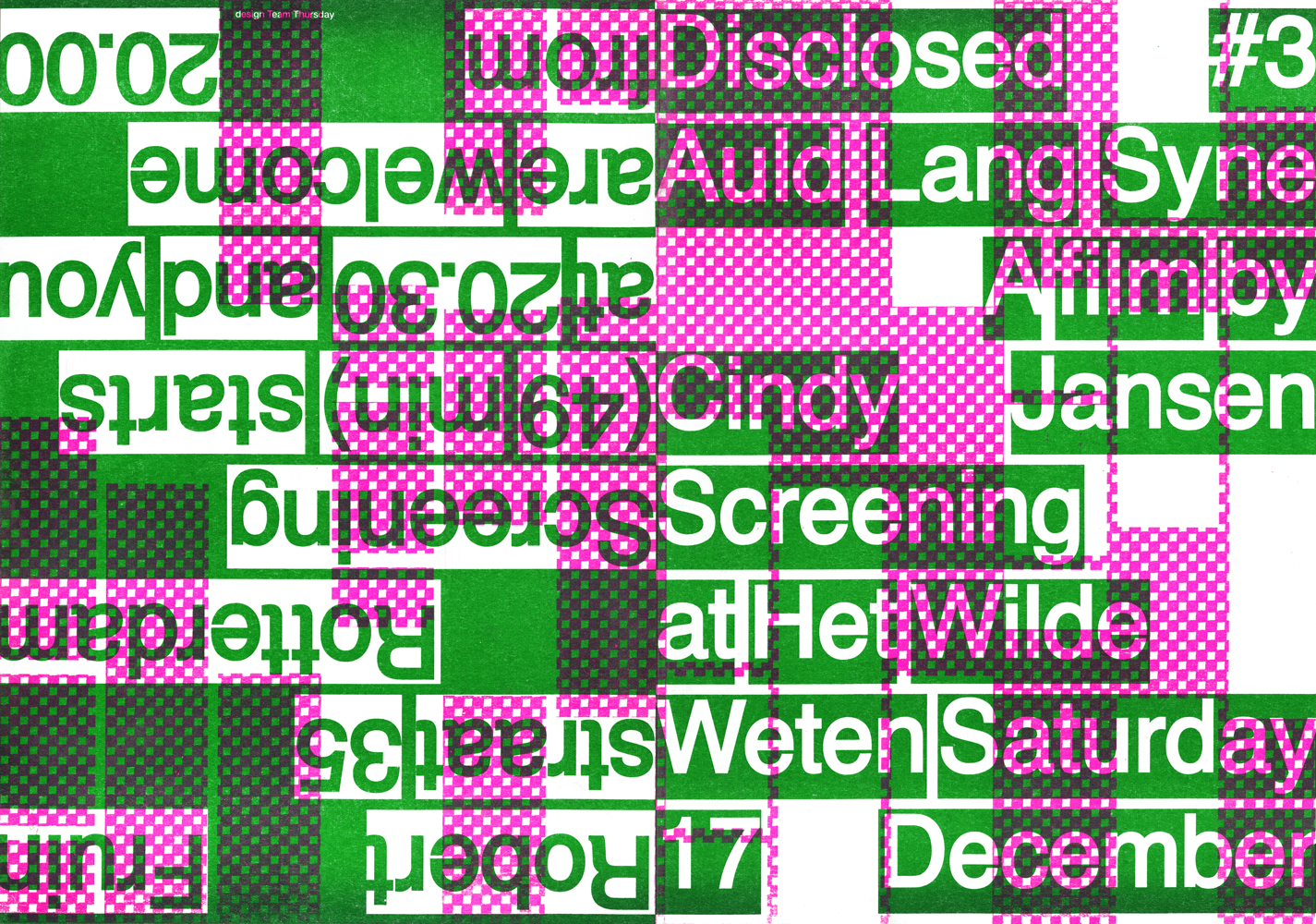 DISCLOSED is a new public program initiated by Het Wilde Weten that commenced this summer and will run the upcoming two years. Het Wilde Weten consists of sixteen artist that have a studio in the former nunnery. Every six weeks one of the members will host a public event that derives directly from their artistic practice. This will result in a lively series of talks, exhibitions, screenings, performances and more, disclosing the energy and pluriformity of the collective and creating public moments to meet and interact.

For the DISCLOSED #3 Cindy Jansen is screening her film AULD LANG SYNE, on the 17th of December. The doors open at 8pm and the screening starts at 8:30pm at our Project Space at HWW. After the screening there will be a Q&A hosted by Marieke van der Lippe.

AULD LANG SYNE (49 min), is a portrait of two American brothers who start out being close and very similar, but end up on opposite ends of the social spectrum. The calm, loving film subtly makes you ponder life's choices and the accompanying expectations.

Watch a trailer of the film and find other info on: http://www.auldlangsyne.nl