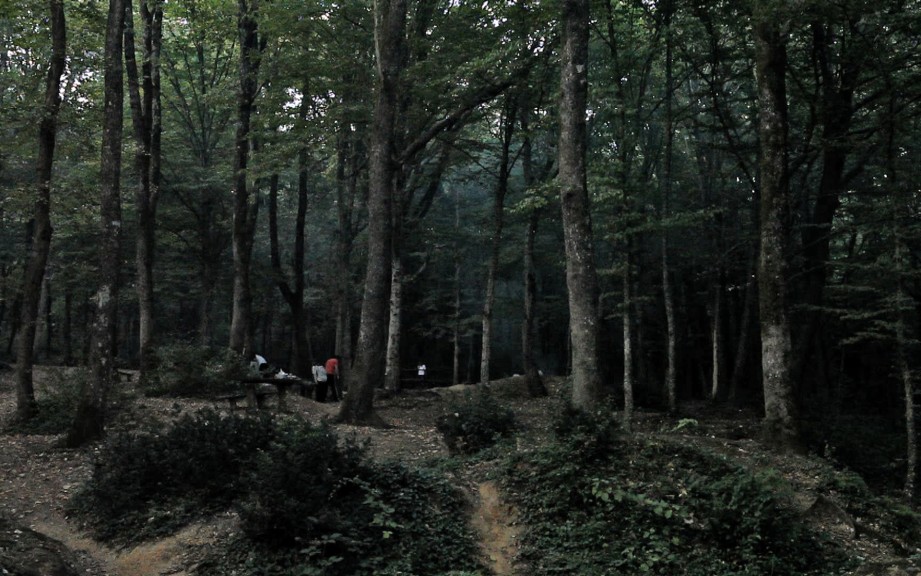 A forest where people hang out, play and pass by. Initially this landscape of trees functions as a stage, but with time, as darkness falls and people leave, the forest becomes the protagonist where human beings have been only extras who have succumbed an afternoon to its eternity.